All quotes from http://bobdylan.com. There you’ll find all the lyrics (and more interesting stuff). See also Bob’s contribution to Critical management studies: http://www.kritische-organisationsforschung.de/?p=1776. 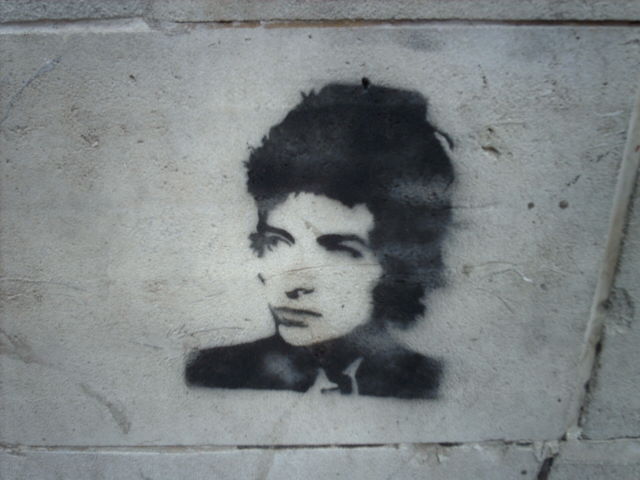 „You can’t live by bread alone, you won’t be satisfied“
(Something´s burning, baby)

On demand and supply of work

„The work was cut down
And more work was cut,
Where the miners work almost for nothing.“
(North country blues)

The boss isn’t around… (motivation?)

„Well, the pressure’s down, the boss ain’t here,
He gone North, he ain’t around,
They say that vanity got the best of him
But he sure left here after sundown.
By the way, that’s a cute hat,
And that smile’s so hard to resist
But what’s a sweetheart like you doin‘ in a dump like this?“
(North country blues)

“It`s all over now, baby blue”
and
“I ain´t gonna work on Maggie´s farm no more…”

Reasons for losing your job / globalization

“Well, my shoes, they come from Singapore,
My flashlight’s from Taiwan,
My tablecloth’s from Malaysia,
My belt buckle’s from the Amazon.
You know, this shirt I wear comes from the Philippines
And the car I drive is a Chevrolet,
It was put together down in Argentina
By a guy makin‘ thirty cents a day.
Well, it’s sundown on the union”
(Union sundown)

„Here’s an evening haze settling over town,
Starlight by the edge of the creek
The buying power of the proletariat’s gone down,
Money’s getting shallow and weak

Well, the place I love best is a sweet memory
it’s a new path that we trod
They say low wages are a reality
If we want to compete abroad”
(Working man´s blues #2)

Research methods (thanks to Rainhard Lang)

Everyone, everywhere should have access to lifesaving #COVID19 tests, treatments & vaccines. More than 100 countries support the #TRIPSWaiver - why are you still blocking it?